What are Straight-Line Winds?

The Anatomy of a Thunderstorm

Understanding the basic anatomy of a thunderstorm and the vertical wind currents that occur within is integral in gaining an understanding of how straight-line winds develop. In the image below, the typical life cycle of a thunderstorm is shown in sequence, from its birth to its eventual decay. In the first stage, a localized rising current of air, known as an updraft heads skyward. At this point, an observer would notice a growing cumulus cloud. When adequate moisture is present at the surface and a favorable environment exists higher in the atmosphere, the cloud updraft will increase in velocity, and a towering cumulus cloud will be seen. As the thunderstorm matures, rain begins to fall to the ground. As the rain droplets fall, air is dragged downward with them. This downward current of air is known as a downdraft (the opposite of an updraft). Meanwhile, as the edges of the storm interact with dry air that is surrounding it, some raindrops evaporate. Because evaporation is a cooling process, the pocket of air where the raindrops have evaporated becomes cooler than the air surrounding it. Because cool air is more dense than warm air, this cooled pocket of air accelerates downward. It is these two processes that work together to create the downdraft portion of the storm. For a time the updraft and downdraft will co-exist, but at some point the updraft will get overtaken by the downdraft, and at that point the storm will fizzle out. 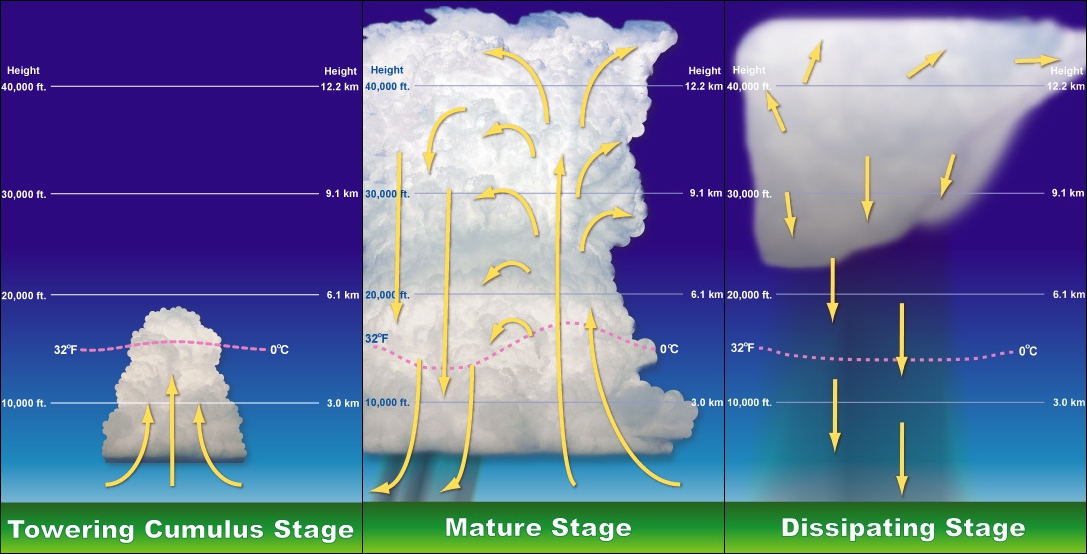 Now that you understand the basic structure of a thunderstorm, let's look at how this relates to the formation of straight-line winds. When the environment is favorable for strong thunderstorms, updraft and downdraft speeds can exceed 100mph. Intense updrafts can be noticed by overshooting tops when looking at distant storms. Meanwhile, intense downdraft winds, also known as microbursts, drive down to the surface and then spread out. As the wind spreads out horizontally over the land, straight-line winds are experienced. The image below depicts this process as a microburst is shown accelerating to the ground and then spreading out horizontally, resulting in straight-line winds. As the wind travels across the surface it will at first be intense, but as it travels further, the effects of friction at the surface will slow it down. For this reason, damage from microbursts can be fairly localized at times. Although this is not always the case... 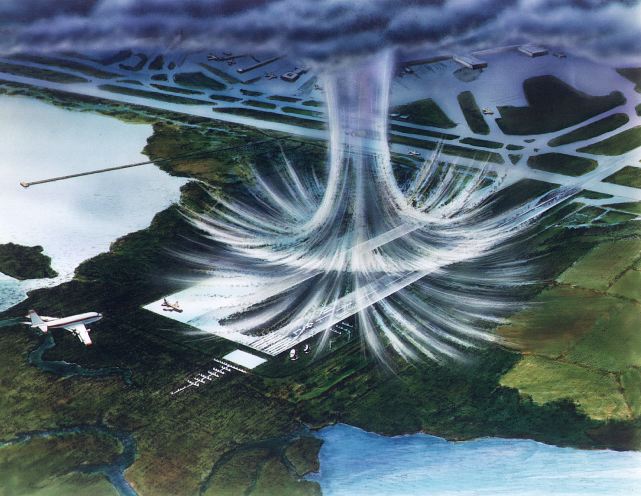 A derecho is defined as a complex of storms that produces persistent straight-line winds gusting over 58 mph, along a distance of at least 240 miles. A derecho is essentially a line of storms that typically moves at a fast pace and is comprised by numerous downdrafts that continue to regenerate along the leading edge of the storms. This occurs in situations where a humid and unstable enviroment coincides with an area where there is strong wind shear. Wind shear is a measurement of how quickly wind direction and speed changes as you head higher in the atmosphere. So if you have a surface wind of 10 mph out of the south, and at 5000 ft above the surface the wind is 60 mph out of the west, high wind shear is present. This type of environment is necessary for long-lived straight-wind events to occur. In certain situations, these storm complexes can thrive for 100's of miles, producing widespread wind damage.

On radar these types of storms often take the form of a bowing formation, called a bow echo. This is a sign that the outflow winds (comprised of multiple downbursts) of the storm complex are likely at severe levels. Doppler radar can also estimate these winds, yielding a greater ability for meteorologists to diagnose the areas that are in the greatest risk for damaging winds. 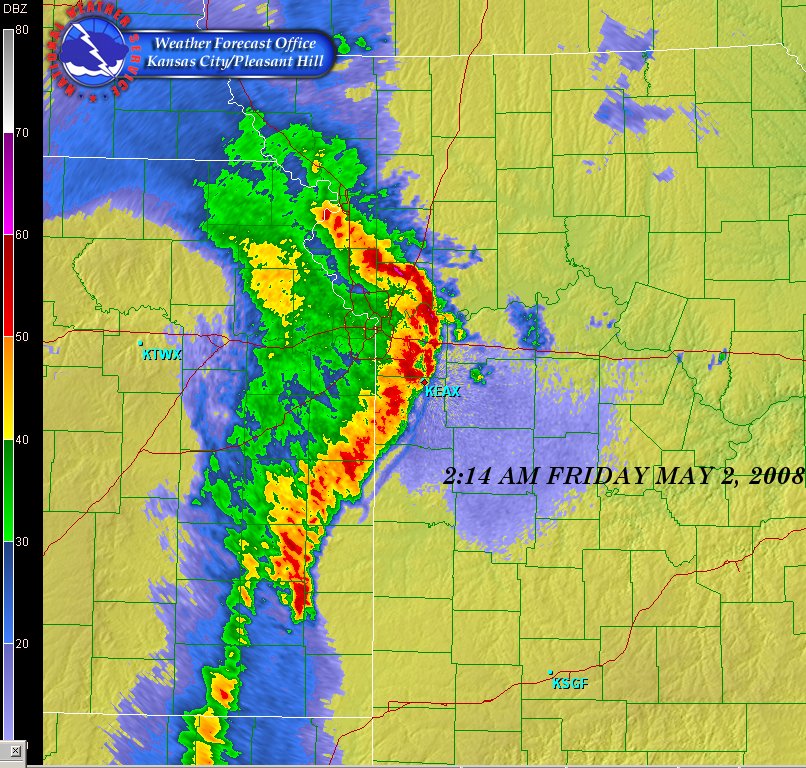 What Should I Do When Straight-line Winds are Expected

Essentially, the safety protocol for straight-line winds is the same as you would follow for a tornado. This is because straight-line winds can uproot trees, toss various debris airborne, and cause damage to standing structures. For this reason, it is advised that you stay away from windows and go to the lowest level of a home or business. Always seek an interior room on the lowest level, which is typically a bathroom or hallway. If you have no access to a shelter, the best option is to seek an open area away from trees or other structures that may fall on you.

Severe weather comes in all forms, each of them with their own unique set of dangers. Althought tornadoes are very destructive, straight-line winds can at times be just as destructive as a tornado. So the next time you hear that straight-line winds are possible, seek shelter and ride the storm out in safety.