The Constructive Black Hole | weatherology°
This website uses cookies to improve your user experience and for analytical purposes. By clicking the "Accept & Close" button, you agree to the storing of cookies on your device while using this site. Please see our privacy policy to learn more about how and why we use cookies.

Often portrayed as one of the most destructive forces in the universe, black holes can swallow whole planets, stars, even light itself. However, a recent discovery in a modest dwarf galaxy some 30 million light-years from Earth is now challenging this purely destructive view of black holes.

The smaller size of the Henize 2-10 black hole is an important part of why it is actually a constructive force in its modest corner of the universe. Material that spirals toward a black hole can sometimes get redirected away from the center of a black hole within massive jets of plasma, as a consequence of powerful magnetic fields surrounding the black hole. For supermassive black holes, these plasma jets can reach speeds approaching the speed of light (more than 670 million mph). The plasma jets emanating from Henize 2-10's black hole, though, do so at a much slower one million mph.

When the outflow of this plasma jet reached a dense region of gas located 230 light-years away from Henize 2-10's black hole, the slower plasma jet, instead of obliterating the gaseous region, actually led to clusters of new star formation, as seen with the Hubble Space Telescope. If the plasma jet outflow had been travelling at closer to the speed of light, as with that from a supermassive black hole, the outflow would have heated the gas beyond the point where star formation was possible. In this case, however, the gentler plasma jet compressed the gas just enough to lead to the star formation.

Aside from star formation, the smaller central black holes within dwarf galaxies also provide valuable research opportunities, as scientists still have a poor understanding of how supermassive black holes form. These smaller black holes may serve as a window to how black holes in the early universe got started and ultimately grew. 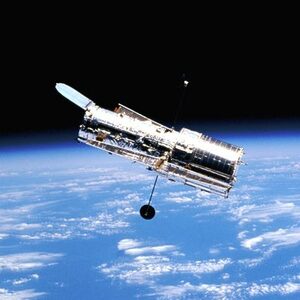 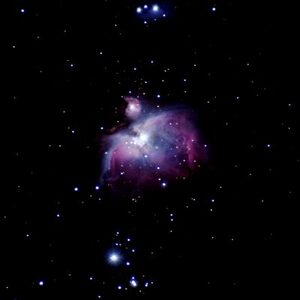 Stars are born from regions of interstellar gas and dust, much like those found in the Orion Nebula
Next
Professor Paul Thursday - The Fastest Ocean Current on Earth