Fueled by Plastic – Part II | weatherology°
This website uses cookies to improve your user experience and for analytical purposes. By clicking the "Accept & Close" button, you agree to the storing of cookies on your device while using this site. Please see our privacy policy to learn more about how and why we use cookies.

In our ongoing series of articles on the ever-growing problem of plastic pollution worldwide and possible solutions to the issue, one of the breakthroughs previously presented was converting plastic into jet fuel. This technique required a chemical reaction at high temperatures. In the latest development, chemists at Nanyang Technological University, Singapore have found another ingenious way to tackle the plastic problem. Using the power of the sun and a vanadium-based catalyst, the team from NTU Singapore was able to break down plastic into formic acid, a chemical which can be used to produce electricity in hydrogen fuel cells.

Normally, to break the carbon bonds in plastic, you need to do a chemical reaction at temperatures of 800 – 1,000 °F. This requires a lot of external energy. However, by switching to a vanadium-based catalyst, an element commonly used in steel and aluminum alloys, the team was able to lower the reaction temperature to just 185 °F, making for a much less energy-intensive process. This was possible because the new catalyst used in the reaction is a photocatalyst, which uses light energy to help drive the reaction that chemically breaks down the plastic.

The end product that is created by this new process is formic acid, which is a naturally occurring substance that many species of ants produce as a chemical deterrent to predators. Outside of the natural realm, though, formic acid has promising applications to the emerging hydrogen fuel cell industry, especially for cutting edge fuel cell vehicles. In the past, hydrogen fuel cell cars required hydrogen stored at high pressure and/or very low temperatures as fuel. Furthermore, much of this hydrogen was produced from fossil fuels, which largely negated the carbon-free emissions of the fuel cell vehicles. More recently, though, hydrogen fuel cells which run on formic acid, instead of straight hydrogen, have been developed. Formic acid is just as easy to transport, store, and refill a vehicle as traditional fossil fuels, presenting a promising improvement to the less environmentally-friendly hydrogen fuel cells of the past. 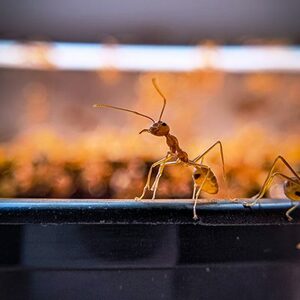 In nature, formic acid is produced by ants as a chemical deterrent 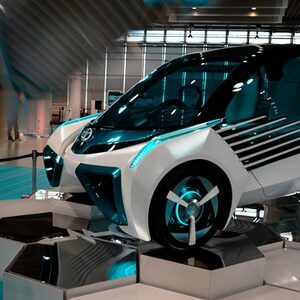