The Future of Seasonal Allergies | weatherology°
This website uses cookies to improve your user experience and for analytical purposes. By clicking the "Accept & Close" button, you agree to the storing of cookies on your device while using this site. Please see our privacy policy to learn more about how and why we use cookies.

The Future of Seasonal Allergies

Now that spring has officially arrived in the Northern Hemisphere, along with its longer days, warmer temperatures, melting snow, and emergence of fresh green vegetation, comes the inevitable flare up of allergies for seasonal allergy sufferers. Anemophilous pollen, or pollen that gets carried by the wind, is the main culprit for triggering these seasonal allergies, which up to 30% of the world's population experiences, according to the World Allergy Organization. Furthermore, according to new research from the University of Michigan, allergy seasons in the future could be even more prolonged with even greater releases of pollen compared to those in the present-day.

Over the past few decades, spring is already arriving earlier than it used to. In fact, according to the USA National Phenology Network, compared with 1981, spring “leaf out” is happening earlier in a full 76% of 239 cities across the U.S.

Simulating emissions for 15 of the most common pollen types within a computer model, using future projections of temperature and precipitation, the University of Michigan research team found that this earlier spring trend is expected to continue in the future. In fact, by the end of this century, spring pollen emissions are projected to begin 40 days earlier than the 1995-2014 average. Moreover, with warmer temperatures and higher carbon dioxide levels in the future, pollen-producing plants could produce as much as 200% more pollen over the course of a year, than they do currently.

This same pollen computer model isn't only limited to producing projections for allergy seasons decades down the road. Dr. Allison Steiner, one of the authors of this latest University of Michigan study, hopes that this pollen model could be used to provide near-term predictions for current allergy season conditions, by geographic region, much the way that air quality forecasts are currently disseminated.

Although that might not provide seasonal allergy sufferers with any added relief, it could give them a better heads up on what days or weeks will be particularly troublesome for any respiratory issues. 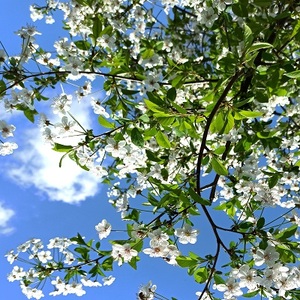 Spring "leaf out" is already happening earlier than in past decades, and could begin 40 days earlier by the end of this century 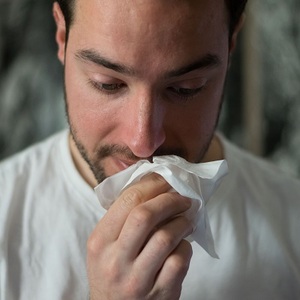 Up to 30% of the world's population experiences allergic rhinitis, or hay fever, according to the World Allergy Organization
Next
Climate on a Supercharged Earth