Professor Paul Thursday - What Are Chinook Winds? | weatherology°
This website uses cookies to improve your user experience and for analytical purposes. By clicking the "Accept & Close" button, you agree to the storing of cookies on your device while using this site. Please see our privacy policy to learn more about how and why we use cookies.

The term "Chinook wind" is named after the Chinook Indians that traditionally inhabited the Pacific Northwest region along the Columbia River in Oregon and Washington State. The reason these winds took on the name of the Chinook Indians is that the origin of these winds is generally in the Pacific Northwest. However, the actual Chinook winds aren't realized until you get further east of the Rockies into Alberta, Canada, southward thru Montana and Wyoming.

Chinook winds are downslope winds that can wreak havoc on temperature patterns across points along the eastern side of the Rocky Mountains. Episodes of the Chinook winds tend to be the strongest in the winter season, but can occur in varying degrees any time of the year. As is the case with any wind that descends down the side of a mountain range, these winds are warm and dry. Because of this, they are often referred to as "snow eating winds" because of how they have the tendency to wipe out heavy snow cover in the blink of an eye. As the snow turns to water, it can evaporate so quickly into the dry air that the ground may not even be left muddy.

The ideal setup for a Chinook wind occurs when a strong west to east pressure gradient sets up perpendicular to a mountain range. A text book set up occurs when a strong low pressure system in central or southern Canada is stacked above a high pressure system further south in the western US. The counterclockwise wind flow around the low and the clockwise wind flow around the high work together to produce gusty westerly winds between the systems. As the winds run into the Rockies, the air rises, cools, and condenses into moderate to heavy precipitation. Then, as the winds descend down the eastern slopes, the air is compressed and warms. To feel the effect of compressional warming firsthand, feel the hose of a bike pump heat up after pumping a tire. The dry relative humidity that results is driven by the fact that most of the moisture has precipitated out of the air before it starts its descent. The warming temperatures combined with lowering dew points results in an air mass with a very low relative humidity.

Chinook Winds have been the driver of some of the most drastic temperature changes on record across the country. On January 15th, 1972, Loma, Montana experienced a temperature change of 103 degrees in a 24 hour period, as the temperature rose from -54F to 49F! 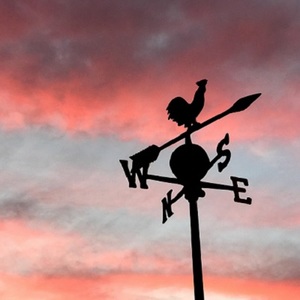 Strong westerly winds across the Rocky Mountains are necessary to see a major Chinook wind event. 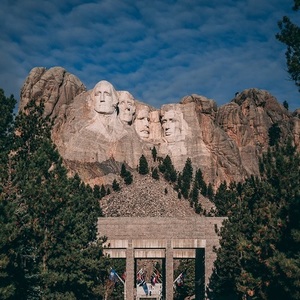 The Rapid City area can see drastic temperature patterns due to the Chinook winds.
Next
Wildlife Wednesdays: Shrinking Birds