Professor Paul Thursday - The Mysterious Horizontal Rainbow | weatherology°
This website uses cookies to improve your user experience and for analytical purposes. By clicking the "Accept & Close" button, you agree to the storing of cookies on your device while using this site. Please see our privacy policy to learn more about how and why we use cookies.

During difficult times, as we are in now, there are some displays of mother nature that can kindle hope. One of the most inspiring displays in nature is the sight of a rainbow. When we think of rainbows, we think of the high-arching display of colors that stretch across the horizon at the tail end of a rainstorm. This is the prototypical display of a rainbow brought on by sunlight refracting, reflecting, and dispersing as it passes through raindrops. There is also a type of rainbow that is less often seen that can actually lay flat along the horizon. This type of rainbow is known as a circumhorizontal arc.

The physics behind how these horizontal rainbows form is quite different than that of the typical rainbow. This optical phenomenon is brought on by the way in which light passes through suspended ice crystals in the atmosphere. The common type of clouds that are primarily made up of ice crystals are high-level clouds known as cirrus. These clouds are generally found at a level between 20,000 to 40,000 feet above the surface. Due to how cold temperatures are at this level, they are composed of mainly ice crystals. This is opposed to the lower-level clouds that are made up of suspended water droplets.

A few things need to come together for this fairly rare scene to occur. First, the Sun must be at a fairly high angle in the sky. To be exact, it must be situated nearly 60 degrees above the horizon. Second, there need to be cirrus clouds present. Third, the ice crystals in the cirrus clouds have to be aligned in a horizontal manner. When these criteria are met, sunlight travels through the suspended ice crystals and is refracted. Remember that visible light is made up of all the colors of the spectrum. When light passes through a medium, such as a prism, each color in the spectrum travels through the medium at a different speed, resulting in each color being separated by the time it exits. In this case, the grouping of ice crystals act like prisms, as visible light enters and then exits in a display of the different colors of the spectrum showing horizontally across the horizon.

Click here for a picture of a horizontal arc. https://science.nasa.gov/circumhorizontal-arc-over-ohio 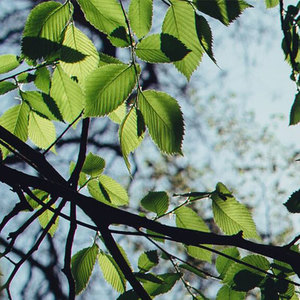 Circumhorizontal arcs can occur when cirrus clouds are present.
Next
The Cost-Benefit of a 100% Renewable Energy Future