Professor Paul Thursday-How Fog Saved the Amer. Revolution | weatherology°
This website uses cookies to improve your user experience and for analytical purposes. By clicking the "Accept & Close" button, you agree to the storing of cookies on your device while using this site. Please see our privacy policy to learn more about how and why we use cookies.

As we celebrate Independence Day with family, friends, and fireworks, it is an opportune time to appreciate the blood, sweat, and sacrifice that was made during the American Revolution. The day we celebrate is the day that the Declaration of Independence was signed, but that was only the first step involved in the quest for separation from the British Crown. From when the Declaration was signed in 1776, it took 5 years of war for the Colonies to achieve victory in the conflict. The last major battle occurred at Yorktown in October of 1781, which ended with Cornwallis's surrender. It then took until 1783, when the Treaty of Paris was signed, for the British Crown to officially recognize American independence. During the lengthy ordeal to reach that point, General Washington often cited "Providence" as keeping the hopes of the American Revolution alive. Only 8 weeks after the Declaration was signed, dire circumstances confronted General Washington and the Continental Army's survival. Thanks to a weather event, the fight would continue another day.

After the British were pushed out of Boston by the Continental Army, New York became the next town that the British would invade and take over to house the majority of their forces. The arrival of the British Navy alone must have been a mind-blowing sight. By mid-August, 400 ships were crowded off the shores of Staten Island. This was the largest fleet ever amassed in American waters. When combined with the 32,000 troops that arrived as well, this was the greatest show of military might by any nation during the 18th century. Meanwhile, the Patriots had a whisper of a navy (27 ships total) and were routinely outnumbered during each skirmish.

When the British had finished their preparations, they quickly took to securing Long Island as part of their stronghold. Washington was adamant in defending it from British hands and thus ensued the Battle of Long Island, also known as the Battle of Brooklyn. After valiant efforts were made by the outnumbered Patriots, the British forces eventually pushed them into a retreat. Eventually, the Continental Army was quickly becoming cornered on all sides by the British. On the night of August 29, it was apparent that the only route of escape would be made by making a mile crossing across the East River by boat (near the current location of the famous Brooklyn Bridge) to make it over to Manhattan. Thankfully, unfavorable winds had yet kept the British Navy from closing off that option for escape. During a lull in the fighting at dusk on the 29th, the retreat was on. For several hours, the quiet escape continued until dawn. At dawn, the British were starting to gain visibility as to what was happening. Moments before the retreating soldiers could be seen, a thick fog enveloped the area. General Washington, who aided in the loading of the boats all night, was one of the last to leave Long Island that morning. Without the timely fog event, the 9000 troops would not have all made it to safety, including General Washington.

Once the retreat was complete on the morning of the 30th, it was noted by some of the soldiers how the fog was so localized, that when the troops made it to Manhattan, it was all but gone. It is a sobering thought to think of how things may have gone had the British been able to give the crushing blow they hoped to give the Continental Army during the Battle of Long Island. At this early point in the American Revolution, the Patriots hopes for independence were precarious at best. Many of our founding fathers cite that without the leadership of George Washington it would not have had any chance of success. Whether it was fate, luck, or Providence, the fog event on the morning of August 30th kept the quest for independence alive, as what could have been a fatal blow to the effort was avoided.

If you are interested in more details on this event, check out historian David McCullough's full account of the beginning of the American Revolution in his novel, "1776." 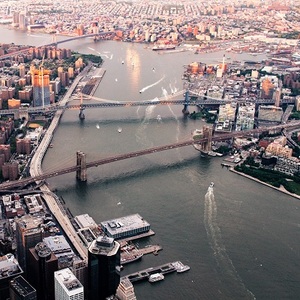