Professor Paul Thursday - The Largest Freshwater Lakes | weatherology°
This website uses cookies to improve your user experience and for analytical purposes. By clicking the "Accept & Close" button, you agree to the storing of cookies on your device while using this site. Please see our privacy policy to learn more about how and why we use cookies.

Today's Topic: A Look at the World's Largest Freshwater Lakes

Most immense bodies of water attain a build up of salt within them due to the fact that water sources enter them, but don't exit them. The lack of water flow out of them allows salt concentrations to build up. In freshwater lakes, water sources such as rivers and streams enter into as well as out of them. This keeps the water "fresh" as any low salt concentrations are carried away and not allowed to build up. Most large bodies of water become salty over time, which makes the largest freshwater lakes on Earth all the more important to preserve and maintain.

If you are inclined to think of the largest lake in terms of the amount of land it covers, then Lake Superior is the indisputable champion. Lake Superior has a surface area of 31,700 square miles and reaches depths lower than 1300 feet. It does hold an impressive 3 quadrillion gallons of water, which would cover all of North and South America with a foot of water. Surprisingly, this isn't enough water to make it the largest by volume. Lake Baikal, located in Siberia, is the champion in this regard. Lake Baikal holds over 6 quadrillion gallons of water, holding more than double that of Lake Superior. Although its surface area is less than half that of Lake Superior, it is much deeper, as it bottoms out below 5,300 feet at times. When ranked by volume, Lake Superior actually ranks third, behind Lake Baikal and Lake Tanganyika (located in eastern Africa). In the end, depending on which school of thought you come from Lake Superior may or may not be "superior" when the discussion of the world's largest freshwater lakes comes up. 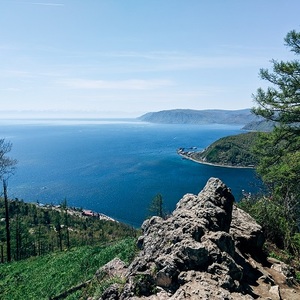 A view of Lake Baikal 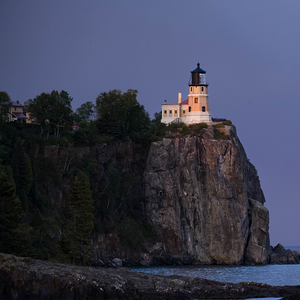