Remnants of Earth's Formation | weatherology°
This website uses cookies to improve your user experience and for analytical purposes. By clicking the "Accept & Close" button, you agree to the storing of cookies on your device while using this site. Please see our privacy policy to learn more about how and why we use cookies.

Helium is a lighter than air element commonly used to inflate anything from birthday balloons to giant blimps. This ubiquitous form of helium is the isotope helium-4. The isotope helium-3, though, is much rarer, around one million times rarer in Earth's atmosphere compared to helium-4. It is this rare helium-3 that scientists at the University of New Mexico are examining for clues to how the Earth was formed.

Although natural processes such as radioactive decay can produce tiny amounts of helium-3 within the Earth, the vast majority of this rare isotope comes from solar nebulae, which are massive swirling clouds of gas and dust that eventually accrete over many millions of years to form stars and solar systems. When Earth formed and grew it accumulated whatever material was surrounding it at the time, thus Earth's composition should provide a clue as to the environment in which it formed.

By measuring the present-day leak rate of helium-3 from within the Earth, which amounts to around 2,000 grams, or enough to fill a desk-sized balloon, and then using mathematical models which describe the behavior of helium isotopes, the researchers estimate that there are between 10 teragrams to a petagram of helium-3 still contained within Earth's core. A petagram is 1 followed by 15 zeros amount of grams. This vast amount still left after more than 4.5 billion years after Earth's formation and after the gigantic planetary collision that formed the Moon (which allowed much of the original helium to escape) gives strong evidence that Earth formed within a robust solar nebula, and not one that was waning or on its outermost fringes.

This latest study adds more evidence to support the still-debated theory of Earth's formation within a primordial solar nebula. Future studies may look for other gaseous elements that come from solar nebulae, like hydrogen, to determine if the leak rates and locations of these elements also support the solar nebula formation theory. 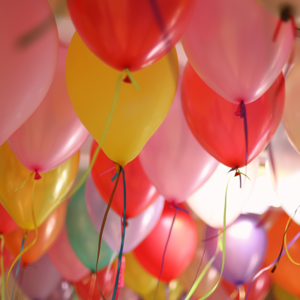 The helium that fills balloons is the more common helium-4 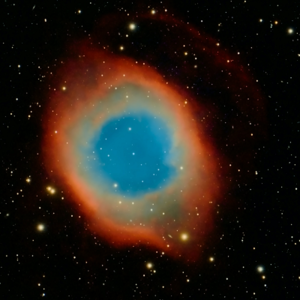 The solar nebula which formed our sun and solar system was a huge cloud of gas and dust, much like the composition of the Ring Nebula
Next
Vikings in the Americas