Ménage à Trois | weatherology°
This website uses cookies to improve your user experience and for analytical purposes. By clicking the "Accept & Close" button, you agree to the storing of cookies on your device while using this site. Please see our privacy policy to learn more about how and why we use cookies.

A full moon, Supermoon, and lunar eclipse – the trifecta!

The full moon occurs late on the 20th of January and into the early morning on the 21st, and this month, it is called the Wolf Moon, which that also happens to be when the moon will be the closest to Earth as it follows its elliptical path.  When the moon reaches this point, it is called a Supermoon and will appear just slightly larger than average.  But that’s not all; there will ALSO be a lunar eclipse!

A lunar eclipse is when the moon passes into the Earth's shadow from the sun, which is also referred to as a blood moon. The term 'blood moon' comes from the reddish tint it takes on during the eclipse.

With all three of these things going on, the event takes on the title of Super Wolf Blood Moon, and that is a mouthful!

Now, when exactly will the Super Wolf Blood Moon occur?

Find out if you will have clear skies to see this event with the Weatherology app for Android and IOS. 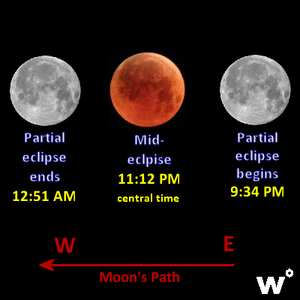 The time of the eclipse. 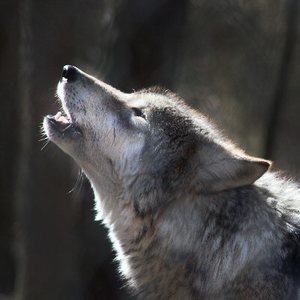