Humming of an Antarctic Ice Shelf | weatherology°
This website uses cookies to improve your user experience and for analytical purposes. By clicking the "Accept & Close" button, you agree to the storing of cookies on your device while using this site. Please see our privacy policy to learn more about how and why we use cookies.

Humming of an Antarctic Ice Shelf

An ice shelf is defined as a sheet of ice that is partially floating yet also permanently connected to a landmass. The largest such ice shelf in the world is Antarctica’s Ross Ice Shelf, which covers an area the size of France. Ice shelves serve an important role in slowing down the flow of glacial ice into the ocean. When they collapse (as a large portion of the Larsen Ice Shelf has been doing since the 1990s), the speed of glaciers can increase eightfold. In 2018, a group of scientists, headed by Julien Chaput of Colorado State University in Fort Collins, discovered a unique way to monitor ice shelf conditions by measuring seismic waves.

Without this seismic wave monitoring of ice shelves, the work used to be done with satellite-based observations, but these are limited by polar satellite orbits and their resolution. Using seismic monitoring, the team of scientists were able to record changes in the ice shelf, caused by wind and melting, between 100 to 200 times per second.

This seismic data was of a high enough resolution that the team was even able to record a low-frequency resonance, or “hum,” when storm winds changed snow dune structures on the surface of the ice shelf. Furthermore, the frequency of the seismic vibrations also changed when the near surface temperatures got closer to melting. Thus, this monitoring of ice shelves using seismic waves is an invaluable way to probe near real-time into the structural changes of these natural glacial speed barriers. 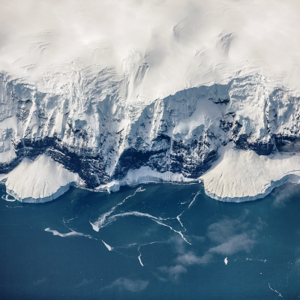 Two small ice shelves protruding from the coast of Antarctica 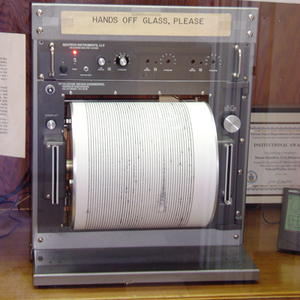 Not just for monitoring earthquakes, data from seismic sensing equipment can also be used to monitor the structural integrity of ice shelves
Next
Environmentally Friendly Deicing