Professor Paul Thursday - The Importance Of Albedo | weatherology°
This website uses cookies to improve your user experience and for analytical purposes. By clicking the "Accept & Close" button, you agree to the storing of cookies on your device while using this site. Please see our privacy policy to learn more about how and why we use cookies.

When the Sun shines down upon the Earth and reaches an object on the surface, a portion of the sun’s energy is absorbed, while the other portion is reflected off the object and returned back up to space. Albedo is the measure of how much of the Sun’s energy is reflected back when it hits a surface. This is expressed by a number from 0 to 100. You can look at this number as the percentage of energy that is being reflected back up to space when sunlight comes in contact with it. The higher the number, the greater amount of reflection and lower amount of absorption.

Objects or surfaces that are lighter in color tend to have higher albedos, while darker objects have lower albedos. An object with a low albedo will absorb more of the Sun’s energy, making the object heat up. This is why blacktop is usually the hottest surface you will find on a warm, sunny day. On the other hand, snow cover has a very high albedo. Snow can have an albedo as high as 90, while blacktop is less than 10. This explains why snow-covered areas will stay colder on a sunny day, compared to those with bare ground. In a snow-covered area, daytime temperatures can be as much as 15 degrees colder than areas without snow.

The "urban heat island" effect is a direct consequence of the lower albedo that results due to the excess of paved surfaces and buildings that are clustered in cities. This lowering of the albedo results in the warmer temperatures that are found in the city compared to the country.

To climate scientists who are studying the shrinking ice pack in the arctic regions, albedo is highly relevant, because open water has a much lower albedo than ice and snow. When more ice melts, more open water is exposed that will absorb more heat, resulting in warming ocean temperatures. This acts to accelerate further melting of the nearby ice pack. 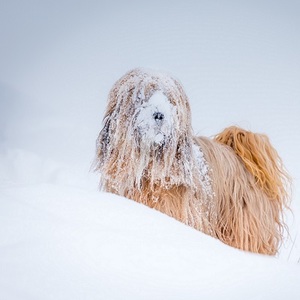 Snow has a very high albedo, as it reflects most of the Sun's energy back up to space.
Next
Electric Cars: A Cleaner Option?