Professor Paul Thursday - A Blue Moon On Halloween? | weatherology°
This website uses cookies to improve your user experience and for analytical purposes. By clicking the "Accept & Close" button, you agree to the storing of cookies on your device while using this site. Please see our privacy policy to learn more about how and why we use cookies.

Most of us have heard the phrase "once in a blue moon" at one time or another. This phrase is used to describe an occurrence or event that is considered rare. It turns out that blue moons are fairly rare, but the definition of what one is has evolved over the decades.

The first “accepted” definition of a blue moon happens when an extra or fourth full moon occurs during a season of the year. In a season where there are 4 full moons, the 3rd full moon is deemed the blue moon. This definition came to be during the late 1930’s. However, in recent years, the term blue moon has transformed into the times when a second full moon occurs within one month. Both definitions are acceptable, but the second one has become the more popular version and will be used for the rest of this article.

Unlike the name suggests, a blue moon is not actually blue, but it will instead be its normal color. The moon appears in different hues when there is an increased amount of particulate matter or thin cloud cover hanging in the atmosphere. 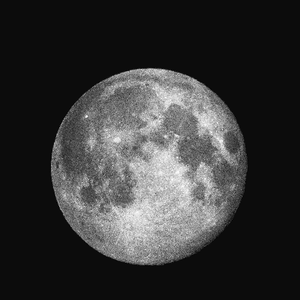 A blue moon occurs once every 2 or 3 years.
Next
Wildlife Wednesdays: Effects from Hurricanes