Professor Paul Thursday - La Niña's Impact On The Winter | weatherology°
This website uses cookies to improve your user experience and for analytical purposes. By clicking the "Accept & Close" button, you agree to the storing of cookies on your device while using this site. Please see our privacy policy to learn more about how and why we use cookies.

The ability to forecast the weather several days in advance has increased by leaps and bounds during the last few decades. The advent of weather satellites and forecast models has a lot to do with that. Unfortunately, these advances have not translated into a much greater ability to predict the weather for weeks and months in advance. The uncertainty in long range prediction arises due to the existence of some impactful climate patterns that can have major consequences on the weather for weeks at a time. Some examples of these are the North Atlantic Oscillation and Arctic Oscillation. Unlike El Niño or La Niña, these climate patterns are difficult to predict and have effects that last a matter of weeks rather than months.

This image depicts how a La Niña winter tends to behave in the lower 48. More frequent arctic outbreaks often occur in the northern Plains, while average to above average snowfall is seen. Meanwhile, a warmer and drier winter season is often experienced across the southern portion of the country. 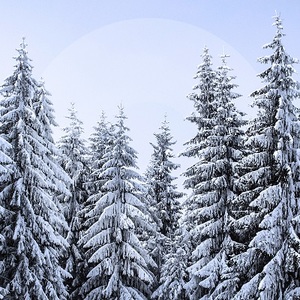 A La Niña influenced winter can mean colder and snowier conditions for portions of the US.
Next
Firewatcher in the Sky