Professor Paul Thursday-When Are The Coldest Days Of Winter? | weatherology°
This website uses cookies to improve your user experience and for analytical purposes. By clicking the "Accept & Close" button, you agree to the storing of cookies on your device while using this site. Please see our privacy policy to learn more about how and why we use cookies.

Professor Paul Thursday-When Are The Coldest Days Of Winter?

The image link below displays what time of the winter the coldest days of the season are most likely. This was compiled by crunching numbers from the years of 1981-2010. Notice how much of the eastern half of the country doesn't experience the coldest days until mid to late January. Meanwhile, further west, many areas see their coldest days anywhere from mid to late December.

By this time of the winter there is typically more snow cover built up across the Plains over thru New England. The more extensive snow cover this time of year also comes into play due to the albedo effect. So even though the days are getting longer in January, the added snow pack reflects a larger portion of the sun's energy back up to space, thereby keeping temperatures colder over the snow pack. This allows for the frigid air masses to stay much more intact than they would if they were building into areas with little to no snow cover.

Check out this graphic to find out when the coldest days of the winter can be expected where you are! 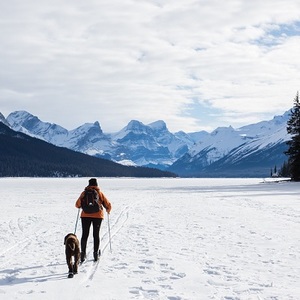 Increased snow cover during mid to late January are an important driver behind when the coldest days of the winter typically arrive.
Next
Rare Rainbows