Professor Paul Thursday-What Is Causing The Crazy Sept. Wx? | weatherology°
This website uses cookies to improve your user experience and for analytical purposes. By clicking the "Accept & Close" button, you agree to the storing of cookies on your device while using this site. Please see our privacy policy to learn more about how and why we use cookies.

September is known for major temperature swings across the U.S. Lingering heat in the Desert Southwest still swings east across the country for late summer heat waves. Meanwhile, the Arctic region in the Northern Hemisphere continues to lose daylight hours at a feverish pace, allowing for the build-up of sub-freezing air masses that can swing southeast across the lower 48, at times. The cold air is brought southward from the Arctic when the jet stream digs southward into troughs, while late season heat builds up underneath upper level ridges that build up over other areas.

The jet stream’s behavior can be compared to how a rope or whip behaves when it is swung up and down on one side. The harder the whip is cracked, the greater the amplitude of the waves that propagate down the whip becomes.

When high amplitude ridges and troughs occur in the jet stream, warm air builds far to the north in one region while cold air will build unusually far south in another. This is what has occurred during the month of September over the lower 48. Record heat during the first week of September over portions of the Plains was followed by record cold and snow during the 7th to 9th of the month.

Some of the most extreme weather shifts occurred over the high western Plains. Rapid City, SD reached a high of 102 on Saturday the 5th. That was followed by snow the night of the 7th and a high of 42 on the 8th. Snowfall totals of up to 15 inches occurred in the high elevations of the Black Hills.

The blame for this extreme weather pattern may be traced back to Super Typhoon Haishen, which impacted southern Japan and the Korean Peninsula this past weekend. As this system headed northward it merged with the Polar Jet Stream, acting to dig out a major trough in the western Pacific. In doing so, it essentially cracked the whip that resulted in the major troughs and ridges that have propagated east over North America. 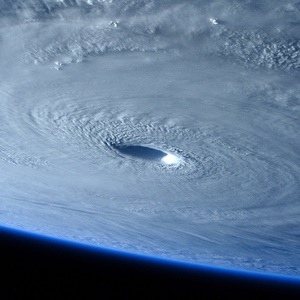 Super Typhoons in the Western Pacific at times merge with the polar jet stream, inducing major troughs and ridges that head into the lower 48.