Professor Paul Thursday - A Look At Regional Forecast Models | weatherology°
This website uses cookies to improve your user experience and for analytical purposes. By clicking the "Accept & Close" button, you agree to the storing of cookies on your device while using this site. Please see our privacy policy to learn more about how and why we use cookies.

There are various types of forecast models that assist meteorologists in the challenges with making an accurate weather forecast. During the previous segment, some of the most used global forecast models were analyzed. One of the biggest benefits of global models is that they look at the weather all over the world. This is important because major weather systems that are over one area of the world can have significant impacts on the weather thousands of miles away. For example, a major typhoon that is over southeast Asia can produce major disruptions in how the jet stream winds set up over the US. Meteorologists also utilize a type of forecast model known as a regional model. These models focus on the weather in one "region" of the world.

The US has developed some of the most used regional forecast models over the last few decades. One of the most useful is the RAP (Rapid Refresh) model. A forecast model that comes from the RAP is called the HRRR (High Resolution Rapid Refresh) model. This forecast model has a resolution of 3 km. This higher resolution gives the forecast model an increased ability to look at smaller scale weather features, such as thunderstorm cells. They also look at many more layers of the atmosphere from top to bottom. This gives these forecast models a superior ability to predict the severity of thunderstorm activity. They are also better able to pinpoint where and when storms will develop on any given day. During the winter, they can have advantages in predicting small-scale heavy snow bands as well.

Since regional forecast models are at such a high resolution, they are not able to forecast the weather for more than a few days out. This is because the computing power needed is so much greater for a high resolution model.

Other regional forecast models that are run daily in the US are the NAM (North American Mesoscale) model and the WRF (Weather Research and Forecasting) model. 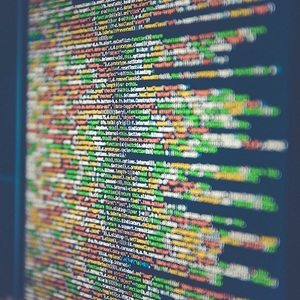 The US has some of the most accurate short range forecast models in the world.
Next
Weather Observer In Your Pocket