Professor Paul Thursday - Why Are There Seasons On Earth? | weatherology°
This website uses cookies to improve your user experience and for analytical purposes. By clicking the "Accept & Close" button, you agree to the storing of cookies on your device while using this site. Please see our privacy policy to learn more about how and why we use cookies.

Professor Paul Thursday - Why Are There Seasons On Earth?

Each year, we welcome the official start of the spring season during the later part of March. The passage into spring is a much celebrated occasion as folks are more than ready to say good-bye to another winter by that time. Seasonal shifts in weather are experienced over much of the Earth. Let's find out why this is and compare it to a few other planets in the solar system as well.

When the Earth was in its youth it is widely theorized that a large object struck the planet. Before the collision, it is thought that the Earth sat nearly upright with respect to its position to the sun. After the collision, our home planet came to rest tilted at 23.5 degrees off its axis. This is the very reason we have seasons on Earth. During the 365.25 days it takes the Earth to orbit around the sun, there are four points that are marked by either a solstice or an equinox. These four points mark the four different seasons. Because of the tilt, there are certain times where the hemispheres are either tilted towards or away from the sun. This is significant because it changes the angle of the sun in the sky. When the sun is higher in the sky, more of its energy reaches the ground, thereby heating the land up. Conversely, when the sun is lower in the sky, much of its energy is absorbed or reflected back to space by the Earth's atmosphere, resulting in less warmth being able to reach the surface. A good way to visualize this is by taking a flashlight and directing it onto the floor at a 90 degree angle. Then do the same thing with the flashlight tilted at an angle of 45 degrees or more. Notice how diffuse the light becomes when it is tilted, compared to how concentrated it is when pointed directly down.

The other impact of the Earth's tilt is that the length of day varies based on if the hemisphere is tilted towards or away from the sun. The summer solstice (which occurs near June 21st) marks when the Northern Hemisphere is at its maximum tilt toward the sun. On this day, the sun shines the longest it will all year. Conversely, the winter solstice is the day where the Earth is at its maximum tilt away from the sun. This is the shortest day of the year in the Northern Hemisphere. The two points where the Northern and Southern Hemispheres are neither pointed toward or away from the sun are known as the equinoxes. On the equinox, day and night are nearly the same for most locations across the globe. Equinoxes mark the transitional time of year when seasonal shifts swing into action.

Planets that have very little tilt experience little in the way of seasonal change. Venus has a tilt of only 3 degrees, making for negligible seasonal changes throughout its orbit around the sun. A seasonal shift would probably be nice for this planet though as the atmosphere is made up of mostly carbon dioxide, which makes for a runaway greenhouse effect. Yearly surface temperatures on Venus tend to stay close to 890F! On the other hand, Uranus has the greatest tilt of any planet, making for the most extreme seasons in the solar system. With a tilt of 98 degrees, half the planet gets sun during the winter and summer seasons, while the other half is in total darkness. Adding insult to injury is the fact that it takes 84 years for Uranus to orbit the sun. This means each season lasts about 21 years! And we think our winters are long!

For a look at the Earth's position with respect to the sun throughout the year click here. 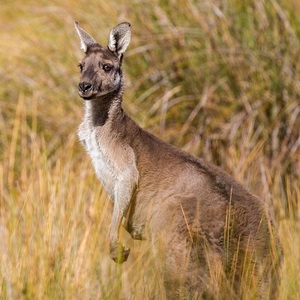