Professor Paul Thursday-How is Tornado Intensity Rated? | weatherology°
This website uses cookies to improve your user experience and for analytical purposes. By clicking the "Accept & Close" button, you agree to the storing of cookies on your device while using this site. Please see our privacy policy to learn more about how and why we use cookies.

When meteorologists cover the details on a tornadic thunderstorm, they utilize velocity data generated by Doppler radar, as well storm reports from spotters to track the tornado. During this time frame, tornado intensity can not be estimated. It is not until after the dust has settled that the tornado intensity can be given. This is done by a team of meteorologists that are sent from the nearest NWS (National Weather Service) forecast office, and is usually done within a few days after the event has occurred. Let's look into how tornado intensity is rated and what scale is used to accomplish this task.

The job of a survey team is to confirm and assess the damage left by the tornado. Damage to any structure(s) is given a grading on the degree of damage that was incurred. When more sturdy structures, such as apartment buildings or shopping malls, incur a high degree of damage, the estimation of peak winds increase. The eventual rating the tornado receives is assigned by the Enhanced Fujita (EF) Scale. Every tornado is given an EF rating anywhere from 0 to 5. Each rating gives the estimated 3 second peak wind gust that occurred in the tornado. Any tornado that receives an EF rating of 2 or greater is classified as a violent tornado (peak winds of 111 mph or greater). The last EF5 that hit the US was in Moore, OK, back on May 20th of 2013. From the table below, you can see that an EF5 rating equates to peak winds of over 200 mph. Since 1953, there have been a total of 59 EF5 tornadoes.

An illustration of the Enhanced Fujita Scale compared to the previous one that had been used. 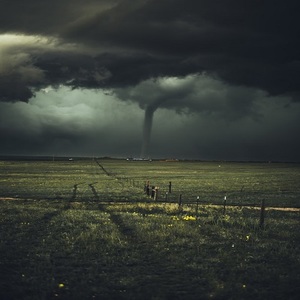 The Enhanced Fujita Scale Rating System is used to determine tornado intensity.
Next
Fueled by Plastic