Professor Paul Thursday - Ocean Salinity And Hurricanes | weatherology°
This website uses cookies to improve your user experience and for analytical purposes. By clicking the "Accept & Close" button, you agree to the storing of cookies on your device while using this site. Please see our privacy policy to learn more about how and why we use cookies.

When scientists track hurricanes, some of the most important factors that can impact the storm’s health are wind shear and surface ocean temperatures. These variables have been widely known to be telltale signs as to whether a hurricane will intensify or weaken as it progresses over open water. An environment with low wind shear and ocean temperatures of at least 80 degrees is ideal for maintaining a hurricane. A variable that has not been thought of until recently is how the salt water content of the ocean waters beneath a hurricane can also be impactful.

As we all know, the oceans of the world are full of salt water. Surprisingly, there is a rather large variance in the saltiness of different areas of the ocean. Scientists measure the salinity of water as a number of grams of salt per liter of water. On average, ocean water has between 33-37 grams of salt in it per liter. Saltier areas of the ocean are found where evaporation levels exceed the amount of precipitation that falls into it. Areas where the ocean is fed by rivers will also see lower salinity than those isolated from any river outflows.

Ocean water that has a lower salt content is less dense than water that is saltier. Recent research is suggesting that hurricanes that form over less salty areas of the ocean can maintain their strength or intensity to greater degrees than those over waters with a higher salinity. This is because when the hurricane churns up the water near the surface, the lower density of the water due to the decreased salinity makes it harder for the surface water to descend below. This decreases the amount of cooler water from below that can make it up to the surface. The end result is warmer waters being maintained beneath the storm. 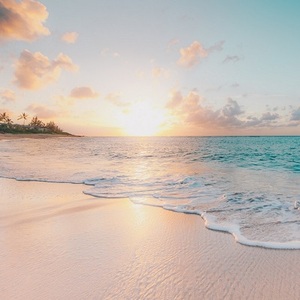 Salt content is measured in grams of salt per liter of water.
Next
Professor Paul Thursday - Why Do Leaves Change Color?