Professor Paul Thursday - What Is The Water Cycle? | weatherology°
This website uses cookies to improve your user experience and for analytical purposes. By clicking the "Accept & Close" button, you agree to the storing of cookies on your device while using this site. Please see our privacy policy to learn more about how and why we use cookies.

Professor Paul Thursday - What Is The Water Cycle?

Scientists theorize that much of the water that we have on Earth today is a result of asteroid collisions early in its existence. The amount of water we have on Earth today is the same as it was when dinosaurs roamed the planet 150 million years ago. It is an interesting thought that the water that we depend on daily is the same water that a brontosaurus relied upon for its survival all that time ago.  Since then, what has changed about the water supply on our planet is the phase that it is in at any given time.

Water comes in three phases: water vapor (gas), ice (solid), and liquid. During different eras, the proportion of water in each state has varied greatly, particularly the portion that is in the form of ice. Today, roughly 96.5 percent of the Earth's water is stored in the oceans around the globe. From there, about 1.7 percent is ice that is found in the polar ice caps and glaciers. Another 1.7 percent is freshwater that is found below ground, as well as in lakes and rivers. Lastly, .001 percent of the Earth's water is found in the air, in the form of water vapor.

The water cycle describes how water changes from one phase to another to allow it to leave the surface, rise into the atmosphere, and then return back to the surface. This cycle begins with the process called evaporation, which utilizes the power of the Sun to change water from its liquid state to water vapor. Eventually, water vapor condenses into clouds via condensation. Then further down the line, the precipitation processes in the clouds spur the formation of rain and snow. At this point, the water falls back to the ground as it has now come full circle. Upon reaching the ground, much of the water collects back into rivers and lakes, with some of it also collecting back into the oceans. In polar regions, some of the snow that falls, may be retained for some time in glaciers and ice caps.

Although the amount of water vapor in the atmosphere is infinitesimal, its impact on the planet is not. Small changes in atmospheric water vapor can have major impacts on global weather and climate.

For a great visual on how the water cycle works click here:  https://waterknowledge.colostate.edu/wp-content/uploads/sites/32/2018/08/The-Water-Cycle-NOAA-2015.jpg 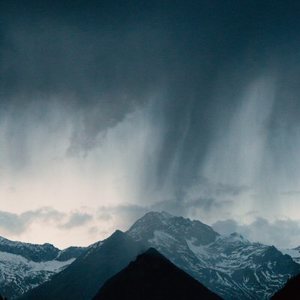 When water vapor condenses into clouds precipitation falls back to the surface. 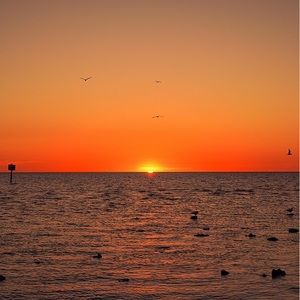 Over 96% of the Earth's water is stored in the oceans.
Next
Professor Paul Thursday - Snow to Liquid Ratios