Tornadogenesis...A New Understanding | weatherology°
This website uses cookies to improve your user experience and for analytical purposes. By clicking the "Accept & Close" button, you agree to the storing of cookies on your device while using this site. Please see our privacy policy to learn more about how and why we use cookies.

A dark funnel descending from a rotating wall cloud…this classic view of a developing tornado has been seen time and again in film and video, both fiction and non-fiction. Recent observational evidence now looks to largely disprove this “top down” theory of tornado formation. Using rapid-scan radar data alongside visual observations of tornadoes, both weak and strong, a team led by Dr. Jana Houser of Ohio University has shown that tornadoes are more likely to develop in a “bottom up” manner.

The rapid-scan mobile radar used for this study was able to take a complete scan every 30 seconds, compared to the conventional National Weather Service network of radars which can only complete a full scan every 5 minutes. The time frequency with which radar data is collected is very important to gleaning a better understanding of tornado formation, as this study showed that tornado formation usually occurs in as little as 30-90 seconds. In addition, having radar data very close to ground level (less than about 100m) is also important to early detection of tornadoes. The El Reno tornado of 2013 proved this as it showed tornado-strength rotation only at around 30m off the ground for a full minute before the tornado fully developed. Three other tornadoes in Kansas and Oklahoma were studied in this same manner, and of the 4 tornadoes, none of them showed a “top down” formation in the rapid-scan radar data.

So, what does this new observational evidence tell us about the future of tornado forecasting? It tells us that in order to increase tornado warning lead-times radar data will have to be collected more frequently to capture the short time scale of tornado development. More importantly, it shows that storm spotters and new storm-scale resolution computer models will be important avenues to improving tornado warnings. 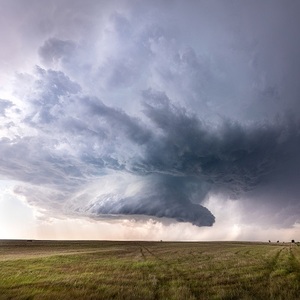 A rotating supercell thunderstorm, the type that produce the more significant tornadoes 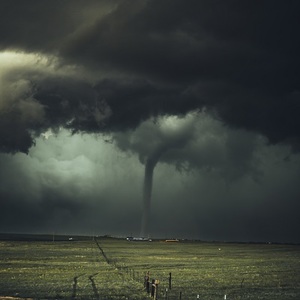 Tornadoes are more likely to form from the ground up, according to research by Dr. Jana Houser 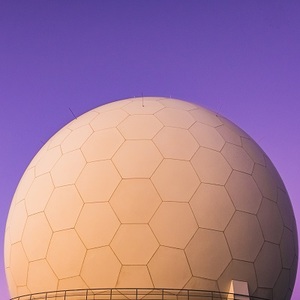 Conventional radar, which can take 5 minutes to produce a full scan, updates too slowly to capture the more rapid formation of tornadoes
Next
The Rare Firenado