Agrivoltaics: Agriculture of the Future | weatherology°
This website uses cookies to improve your user experience and for analytical purposes. By clicking the "Accept & Close" button, you agree to the storing of cookies on your device while using this site. Please see our privacy policy to learn more about how and why we use cookies.

Agrivoltaics: Agriculture of the Future

On paper, at least, it's the renewable energy resource that has the most potential to one day completely replace today's still largely fossil-fuel-powered society. As detailed in a previous article on the subject, solar power, or photovoltaic (PV) technology, if fully utilized in the future, would dwarf the current worldwide energy consumption by several orders of magnitude. However, on the path to that PV energy future there will undoubtedly be hurdles like cost and especially land use. Floating PV is one method previously detailed. A new study also suggests another symbiotic PV land use solution that may one day prove to solve part of the solar real estate hurdle. According to a study from Oregon State University, if just 1% of the cropland worldwide was utilized for PV solar energy capture, it would provide enough power to satisfy the world's energy demands.

Wouldn't places like deserts with their largely rain-free climates and abundant sunshine be more productive locations for increasing PV installations, though? It turns out the efficiency of solar panels is actually highest when temperatures are more mild. With each rise in temperature of 10 °C, solar PV efficiency actually decreases by 0.5%. Furthermore, the most efficient conditions for solar PV power generation also include a light breeze and modest humidity levels. The optimum places on Earth where the right conditions exist for maximum PV efficiency are croplands and grasslands...places where solar energy is already being harvested, albeit in an agricultural setting.

There are some indications, though, that PV and agriculture need not be conflicting land use propositions. In fact, a whole new hybrid land use of raising crops, either under or alongside solar panels, called Agrivoltaics, is expanding internationally with experimentation just starting in the U.S. There are 3 main types of agrivoltaic methods: growing crops between rows of solar panels, putting the PV panels on stilts over the crops, and installing solar panels on the roofs of greenhouses. Agrivoltaics works best with shade-resistant crops like alfalfa, lettuce, sweet potatoes, and grapes. When angled correctly, and when combined with shade tolerant crops, crops grown in agrivoltaic settings have been shown to provide similar yields to those grown in traditional agricultural settings, while simultaneously providing added revenue with the electricity being generated. 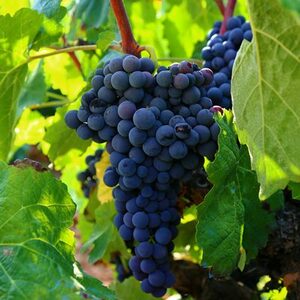 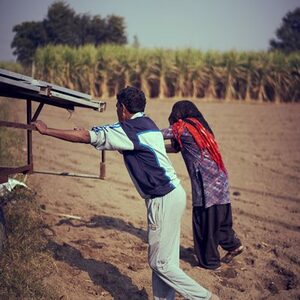