Professor Paul Thursday - The Fastest Ocean Current on Earth | weatherology°
This website uses cookies to improve your user experience and for analytical purposes. By clicking the "Accept & Close" button, you agree to the storing of cookies on your device while using this site. Please see our privacy policy to learn more about how and why we use cookies.

Ocean currents are found all over the world. In the early days of exploration, sailors would notice these 'strange' currents that would propel them faster than the wind could do alone. For hundreds of years, it was known that these currents existed, but it wasn't until the 18th Century that some of them started to be mapped. One of the first ocean currents to be mapped was the Gulf Stream. The credit for this chart goes to Benjamin Franklin. His charting of the Gulf Stream was completed in 1775. Some could argue that this knowledge gave the French Navy a leg up on the British when they joined the American Revolution. Since then, it has fascinated scientists and mariners alike, due to its impressive characteristics. Let's look into what drives this powerful current and why it is so impactful.

Ocean currents can be thought of as invisible rivers that line the Earth's oceans. The main driver of these 'oceanic rivers' is the wind. Wind is not only responsible for creating waves, but also currents. Ocean currents are a direct result of persistent wind patterns that are found over the Earth's oceans. The existence of semi-permanent high and low pressure systems over the globe is what drives these consistent wind patterns. In the Atlantic Ocean, a semi-permanent high pressure system called the 'Bermuda High' or 'Azores High' is the main driver of the Gulf Stream. The center of this high pressure system oscillates between Bermuda and the Azores Islands throughout the year. As the surface winds rotate clockwise around this high, a southerly wind component stays persistent east of Florida up to the Mid-Atlantic coast.

The Gulf Stream current has an average width of 93 miles and extends to depths around 4,000 feet. It meanders from the Florida coast up towards the Carolinas, before veering northeast over into the North Atlantic. The speed of the current has been measured to be over 5 mph during its path. This may not seem fast, but, for ocean currents, it is a beast. When you look at it as a stream flow, which measures the volume of water being transported every second, you get a number of 4 billion cubic feet per second. Compare this with the stream flow of the mighty Amazon which has a stream flow of around 7 million cubic feet per second.

Without the Gulf Stream, the climate of the Northern Hemisphere would be altered immensely. The massive northward distribution of warm waters from the Caribbean Sea has a major impact on the climate of Europe. It has been theorized that the average winter temperatures over the UK and western Europe would drop 10 degrees Fahrenheit without the warming effect of the Gulf Stream. 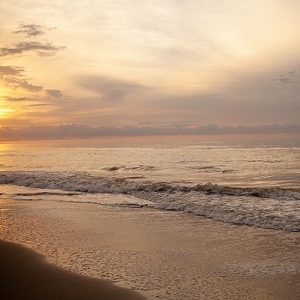 The warmer ocean waters along the east coast of the US is due to the Gulf Stream current.
Next
Wildlife Wednesdays: White Lemuroid Ringtail Possum