Aircraft Enhanced Precipitation | weatherology°
This website uses cookies to improve your user experience and for analytical purposes. By clicking the "Accept & Close" button, you agree to the storing of cookies on your device while using this site. Please see our privacy policy to learn more about how and why we use cookies.

Weather radar has been around since the World War II era. However, even with the maturity of the basic technology, new weather phenomena are still being discovered on radar screens even in the present day. Narrow, relatively-straight streaks of heavier precipitation have been observed in the vicinity of airports at many locations around the world. These streaks can contain precipitation as much as 10 times more intense than the surrounding rain or snow. Researchers in Finland have used dual polarization radar, lidar, and satellite imagery to confirm that these streaks of enhanced precipitation are caused by aircraft.

Given how busy the air traffic is above major airports, why aren’t these precipitation streaks seen all the time? As the recent study shows, the conditions must be just right. Localized intensification of precipitation (LIP) events occur when aircraft pass through a cloud layer of supercooled water droplets above another layer that is already actively snowing or raining. It’s not the aircraft’s exhaust that causes the event, but solely the passage of the aircraft’s wings through the higher cloud of supercooled water droplets that gets the process started. Air pressure changes around the wings of the aircraft cause the supercooled droplets to freeze into ice crystals. These crystals, in turn, cause a chain reaction so that more surrounding supercooled droplets also turn into crystals. With these added ice crystals falling into a layer that is already precipitating, it increases the collisions between crystals in the lower cloud layer. This, in turn, intensifies the rain or snowfall rate at the ground.

Thus, LIP events are basically a human-enhanced precipitation process. They are also accidental weather experiments, which have provided scientists with a new understanding of the complex microphysical processes in the clouds that can lead to heavier precipitation. 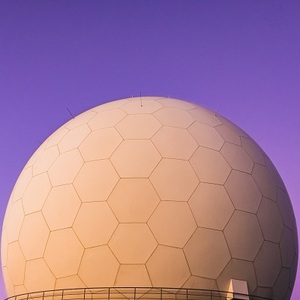 Finnish researchers used dual polarization weather radar, in addition to lidar and satellite imagery, to investigate the cause of the LIP events 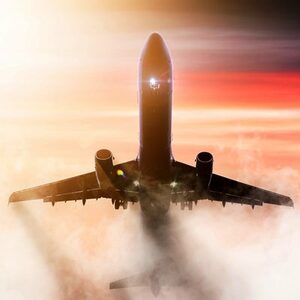