Atmospheric Rivers...A New Scale | weatherology°
This website uses cookies to improve your user experience and for analytical purposes. By clicking the "Accept & Close" button, you agree to the storing of cookies on your device while using this site. Please see our privacy policy to learn more about how and why we use cookies.

Unlike the Gulf and East Coasts of the United States, the West Coast is not in a favorable area to take a direct hit from a hurricane. Although those living in the western U.S. can receive heavy rain from the remnants from a tropical cyclone, the far more common harbingers of flooding rain across the West are atmospheric rivers (ARs). ARs are long corridors or streams of enhanced water vapor content in the atmosphere that transport moisture from the tropics to higher latitudes. One famous example of an atmospheric river is the “Pineapple Express.” As seen in the provided satellite image, the Pineapple Express connects locations along the West Coast with enhanced atmospheric moisture from near Hawaii.

Not all AR events across the West are destructive, though. Some, if they bring their rain down at a more moderate rate, can even be beneficial in alleviating drought conditions. Recently, scientists, including F. Martin Ralph with the Center for Western Weather and Water Extremes, as well as Jonathan J. Rutz of the National Weather Service, devised a scale to categorize ARs that are both beneficial and destructive. Their scale, like the Saffir-Simpson scale for hurricanes, ranks ARs on a scale from 1 (Primarily beneficial) to 5 (Primarily hazardous). However, the rankings on this scale are not based on wind destruction, but instead on two factors: the amount of water vapor being transported by the atmosphere, and the duration those conditions last at any one point. When an AR lasts less than 24 hours at a location, it is demoted one category, but if it lasts longer than 48 hours, it gets promoted one category.

The new Atmospheric River Category Scale looks to provide both forecasters and the general public a way to better differentiate between beneficial, drought-busting AR events and their more hazardous counterparts. For future AR events, the predicted ranking of the storm will be communicated both on the Center for Western Weather and Water Extremes website, as well as their Twitter account. 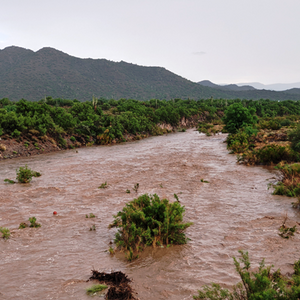 Atmospheric river events can lead to beneficial rain across the western United States, but can also lead to flash flooding 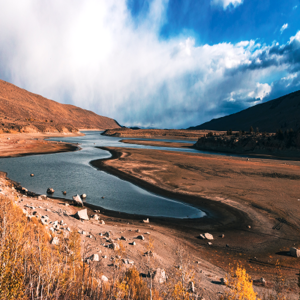