Electric Cars: A Cleaner Option? | weatherology°
This website uses cookies to improve your user experience and for analytical purposes. By clicking the "Accept & Close" button, you agree to the storing of cookies on your device while using this site. Please see our privacy policy to learn more about how and why we use cookies.

Electric cars have been around almost as long as the automobile itself. Early limited-range models were produced as early as the late 1800s. It was not until about 2010, though, that the major automakers began to mass market plug-in electric vehicles. At present, the market share of new electric cars on American roads is around 4-5%. In the future, as the major automakers plan to increase production on electric vehicles, which should gradually bring down their cost, what will the increase in adoption of these plug-in vehicles entail for air quality? The answer, as detailed in a 2019 study in the journal Atmospheric Environment, depends both on the share of electric vehicle (EV) adoption and the source of the electricity used to charge these EVs.

Headed by Dr. Daniel Horton of Northwestern University, a research team used computer air quality model simulations to show the impact that an increase in EV adoption would have on air quality year-round, specifically for two pollutants: ozone and particulate matter. In the warmer weather months, they found that ozone levels decreased as the percent of EVs on the roads increased. In the colder weather months, ozone levels showed a slight increase. However, this was an increase from already much lower wintertime levels due to less sunlight available for chemical reactions in the atmosphere, compared to summertime.

Particulate matter (also called haze) showed more variation from location to location. The team found that the levels of this pollutant were more closely tied to the source of the local electric supply. Areas like the Midwest, which still relies more heavily on coal-fired power generation, showed a slight increase in summer haze as the adoption of EVs increased. However, areas like the Pacific Northwest or the Northeast, where a higher share of the power supply comes from clean, renewable sources, showed a decrease in summertime haze. Thus, while increasing adoption of plug-in electric vehicles can get the United States part of the way on improving air quality in the future, a more marked improvement will only come when less reliance on fossil fuels by public utility companies is also realized. 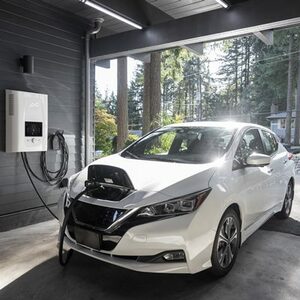 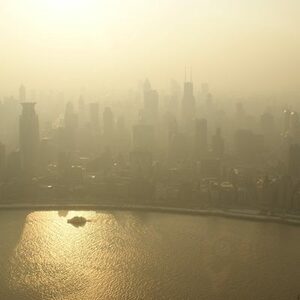 Haze over a city
Next
The Warming Influence of Clouds