The Cause of Northern Lights | weatherology°
This website uses cookies to improve your user experience and for analytical purposes. By clicking the "Accept & Close" button, you agree to the storing of cookies on your device while using this site. Please see our privacy policy to learn more about how and why we use cookies.

The Cause of Northern Lights

Okay, so they are not actually unicorns flying at night, but the northern lights have been described as shimmering colors of light in the night sky ( kinda like a drunk rainbow who lost its way).  The northern lights, also known as the aurora borialis,  are actually pretty complicated.  They are caused when  solar wind slams into our magnetosphere.

Just a sec - solar wind; magnetosphere; what are these things?

Solar wind is created when the sun hurls charged ions and electrons into space at around 1 million mph.

The magnetosphere is the magnetic field around our planet, which creates the north and south pole.

So, when the solar wind slams into the magnetic field or magnetosphere at the weaker areas, which are the north and south poles, they excite the elements in our atmosphere and give off colors.  When the electrons bombard the oxygen atoms at lower altitudes, they give off a greenish, yellow color, while oxygen at higher altitudes give off shades of red. Nitrogen at these altitudes gives off a blueish color. When you combine these, you can get all sorts of colors (or we could say 50 shades of auroras).

And that is how we get the northern lights!

Got any cool images of the auroras? Download the Weatherology app (Google Play and Apple Store) today and share your photos with us! 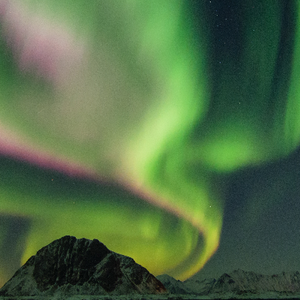 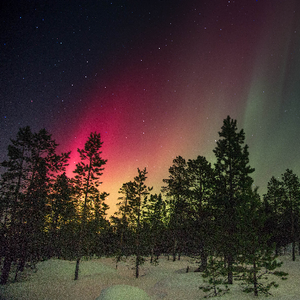 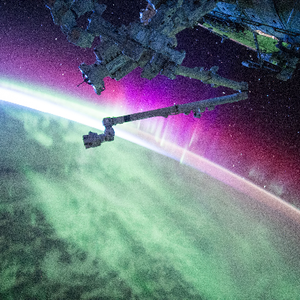 Aurora as seen from space
Next
Water Under The Ocean