Flag of the Future | weatherology°
This website uses cookies to improve your user experience and for analytical purposes. By clicking the "Accept & Close" button, you agree to the storing of cookies on your device while using this site. Please see our privacy policy to learn more about how and why we use cookies.

Flag of the Future

A flag flapping in the breeze. It can be a symbol of patriotism, team pride, even a communication device. However, if a breakthrough from The University of Manchester is any indication, flags that generate electricity from both wind and solar energy may one day become more ubiquitous in everyday life.

The research team created a device called an inverted flag with flexible piezoelectric strips, which generate an electric current as they flap in the breeze, and also flexible photovoltaic cells, which simultaneously generate electricity from sunlight. The ingenious aspect of this dual electricity generation technique is that during stormy, windy conditions when wind speeds are usually at their maximum, sunlight and solar power tend to be minimized as cloud cover hangs thick. On the other hand, during periods of high pressure when skies are sunny, winds tend to be light. Thus, the dual wind and solar generation technique compensates for much of the intermittency in both solar and wind energy resources. Another benefit of having solar cells on the inverted flag device is that the mass of the solar cells, located on the free end of the flapping flag, acts as a destabilizing force. This triggers flapping motion, and thus wind energy capture, at lower wind speeds than if the solar cells were not present.

Currently, the inverted flag technology is in its infancy, with power output in the 3-4 milliwatt range. Even this small output, though, is enough to power sensors and other small electronics in remote environments on land and at sea. In the future, with continued research into more efficient materials, The University of Manchester team hopes to further improve the technology to enable more power-hungry devices to benefit from this unique, dual-action, clean energy capture device. 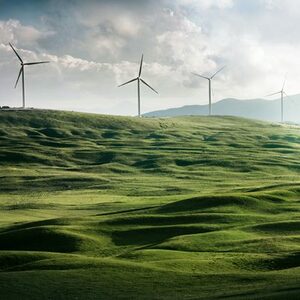 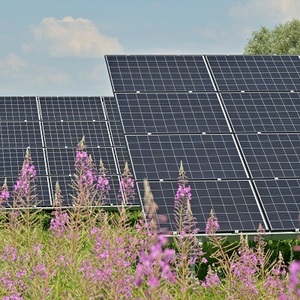