Professor Paul Thursday - Cloudiest Places In The US | weatherology°
This website uses cookies to improve your user experience and for analytical purposes. By clicking the "Accept & Close" button, you agree to the storing of cookies on your device while using this site. Please see our privacy policy to learn more about how and why we use cookies.

Professor Paul Thursday - Cloudiest Places In The US

At certain times of the year, cloudy days can be more the norm than the exception. In most areas of the country, the late fall and winter timeframe brings more cloudy days than other times of the year. The most persistent type of cloud cover tends to be some form of a stratus cloud. Stratus clouds are the type of cloud that is basically a layer of fog that forms just above the surface. These clouds have less variation in appearance and show as a rather dull canopy of gray. This type of cloud often occurs in the presence of an upper level trough, where moisture has converged. The best way to eradicate this type of cloud cover is to have a dry air mass push into the region. This can happen when a cold front pushes through and high pressure settles in behind it. This is why the sunniest days in the northern US during the winter season occur during some of the coldest days of the year, when arctic high pressure is settled into the area.

Sunshine can also burn through these stubborn stratus layers, especially during the late spring through the early part of the fall. This is why the sunniest times of the year over the country tend to be during the warmer months of the year. This is because the sun shines longer and stronger during that time of year.

The linked maps (scroll down to view the various maps) here look at the average amount of the sun's energy that reaches the surface at different times of the year. This quantity is driven by the average amount of cloudiness, along with length of day, and the angle of the sun (higher sun angles result in more energy reaching the surface). As expected, the maps show the highest daily average in the southwest US, where the desert regions of the US reside. Meanwhile, the lowest readings are over the Pacific Northwest, as well as the Great Lakes, the Ohio River Valley region, and the Northeast. 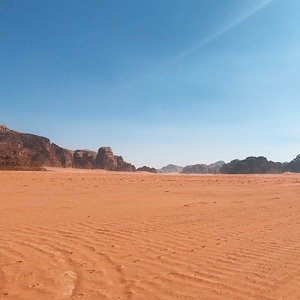 Not surprisingly, the sunniest regions of the US are in the desert areas of the southwest.
Next
Professor Paul Thursday - Downdraft CAPE and Damaging Winds