Professor Paul Thursday- What Is Zodiacal Light? | weatherology°
This website uses cookies to improve your user experience and for analytical purposes. By clicking the "Accept & Close" button, you agree to the storing of cookies on your device while using this site. Please see our privacy policy to learn more about how and why we use cookies.

When looking at the night sky, the light emanating from the Moon can light the sky up, making it difficult to resolve some of the constellations as well as meteors. This is especially the case during a full moon. For folks living in or near a city, light pollution produces a glow in the sky, which puts a major limitation on stargazing for city dwellers. A much less known source of glow on the horizon may also be seen at times,  known as zodiacal light.

When we think of different optical phenomenon, air molecules or ice crystals suspended in the Earth's atmosphere are usually the culprits behind them. These suspended particles manipulate light in various degrees of refraction and scattering. What differentiates these from zodiacal light is the fact that the particles that create zodiacal light are not found in the Earth's atmosphere, but rather beyond Earth in the solar system.

Think of the solar system as a flat pancake with the Sun at its center. Now visualize the planets orbiting the Sun at various distances along the reaches of the pancake. The flat pancake is called the ecliptic plane. The ecliptic plane accumulates interplanetary dust. Much of the dust that has accumulated in this plane is left from comets. Some is also attributed to rare collisions that have occurred between asteroids.

During certain points in the year, sunlight is scattered off of this interplanetary dust before it reaches the Earth's atmosphere. The result is a glow on the eastern horizon in predawn hours or the western horizon after dusk. The most common times to see this phenomenon is near the autumnal or vernal equinoxes. It will have the appearance of a cone of light extending upward from the horizon. Oftentimes the glow can easily be mistaken for the glow of city lights, but if you know that there is no man-made light pollution nearby, you just might be seeing the spectacle known as zodiacal light! 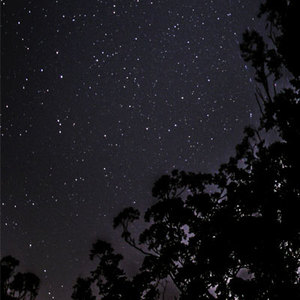 Zodiacal light can be seen at times as a glowing pillar of light extending up from the horizon.
Next
Professor Paul Thursday - Straight-Line Winds Explained