Professor Paul Thursday - Snow to Liquid Ratios | weatherology°
This website uses cookies to improve your user experience and for analytical purposes. By clicking the "Accept & Close" button, you agree to the storing of cookies on your device while using this site. Please see our privacy policy to learn more about how and why we use cookies.

There are many factors that must be considered by meteorologists when an accumulating snow event is anticipated. Deciphering where the low pressure system will track and how intense it will be when it hits a certain region are of high importance. When a meteorologist has come to a conclusion regarding these factors, there is still another important aspect that needs to be resolved. The decision of what the snow to liquid ratio will be during an event is imperative when it comes to predicting snow accumulations.

The snow to liquid ratio is the amount of snow it takes to melt down to one inch of rain. At times, an inch of rain can equate to 40 inches of snow. When this is the case, it would mean there is a 40-1 snow to liquid ratio. Other times, it may take only take 8 inches of snow to equal one inch of rain, which would equate to a ratio of 8-1. The forecast models give qpf (quantitative precipitation forecast) readings in the form of melted down liquid, or essentially a rainfall equivalent. This means that the meteorologist must decide what the average snow to liquid ratio is going to be in order to make a decision on how much will pile up during an event. There are forecast models that use algorithms to attempt to decipher the snow to liquid ratio during an event, but these can be misleading at times. Air temperatures and relative humidity levels from cloud to ground level are the most impactful when it comes to snow to liquid ratios. When air temperatures are well below freezing and relative humidity is low, a lighter, fluffier snow will fall (20-1 ratio or higher). Conversely, when temperatures are near freezing with high relative humidity, a wet and slushy snow will ensue, resulting in lower snow-liquid ratios (10-1 or less). ﻿ Ground temperatures are also important to consider. If the ground is above freezing a lower ratio will ensue. If the snow falls while there are strong winds, the snow crystals will fracture and break apart as they make their way to the ground.  The fractured crystals will result in a lower ratio, since the snow will accumulate more densely (less room for air pockets to form between accumulating crystals).

In conclusion, snow to liquid ratios are just one of the many challenges thrown at meteorologists when winter storms strike. 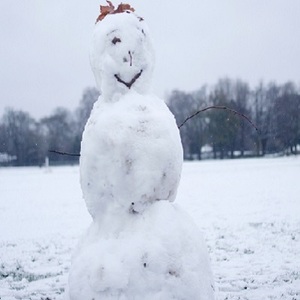 A wet snow that can be formed into snowmen and snowballs has a lower ratio of 10-1 or less. 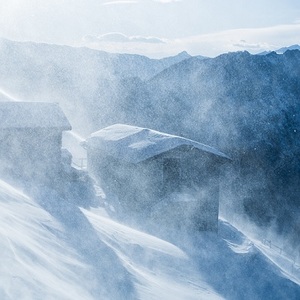 A dry and powdery snow is easily blown around and will have a higher ratio of 15-1 or greater.
Next
Professor Paul Thursday - Storm Surge Vs. Storm Tide