Professor Paul Thursday - A New Wave In Lightning Detection | weatherology°
This website uses cookies to improve your user experience and for analytical purposes. By clicking the "Accept & Close" button, you agree to the storing of cookies on your device while using this site. Please see our privacy policy to learn more about how and why we use cookies.

The ability to detect where lightning is occurring over the US is something that has been in place for decades. This has been achieved by a network of lightning sensors that blanket the country. These sensors detect lightning strikes by listening for the electromagnetic disturbance that lightning produces. The location of the lightning strike is deciphered based on how strong the electromagnetic pulse is by the time it reaches the sensor. This network is known as the National Lightning Detection Network (NLDN), and it was developed at the University of Arizona 35 years ago. Since its inception, it has been the primary source for tracking lightning.

In 2016, NASA launched a new weather satellite, named GOES-16, that has revolutionized the field of lightning detection. Since 2017, this geostationary satellite has been positioned with a view overlooking North and South America. Along with much improved resolution in its imagery compared to past weather satellites, this satellite also has a sensor known as a Geostationary Lightning Mapper (GLM). This optical sensor basically detects lightning from the flashes of light that emanate from the cloud tops. The GLM is able to monitor all areas at a rate of 500 frames per second, which gives it a superior ability to resolve each individual lightning stroke. The tracking of lightning from above rather than at ground level gives a much greater ability to detect all types of lightning, especially intra-cloud. Satellite-based lightning detection also gives continuous coverage over all of North and South America, as well as over the oceans for the first time.

The advancements in lightning detection provided by GOES-16 is giving forecasters a leg up in diagnosing severe thunderstorms. Much research has pointed out that increased levels of lightning, especially intra-cloud, are a telltale sign that a storm is strengthening. Intra-cloud lightning is also known to increase in frequency in advance of dangerous cloud-to-ground strikes, which can give advanced warning to folks that are outdoors. This data is also valuable to forecasters aiding firefighters in high-risk areas. GOES-16 is expected to stay operational through 2036. 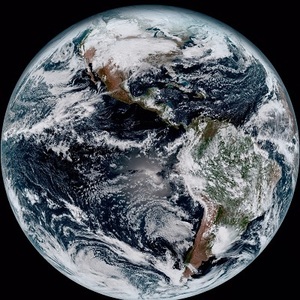 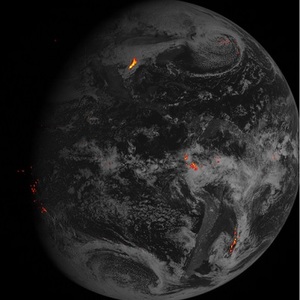