Professor Paul Thursday - The Urban Heat Island Effect | weatherology°
This website uses cookies to improve your user experience and for analytical purposes. By clicking the "Accept & Close" button, you agree to the storing of cookies on your device while using this site. Please see our privacy policy to learn more about how and why we use cookies.

City dwellers are likely familiar with the term "urban heat island" as they experience it firsthand on a daily basis. The term refers to how dense rows of roadways and buildings results in hotter temperatures in the city, compared to the lesser-developed rural areas. This impact becomes magnified during the summer season, due to the stronger sunshine and longer days.

To understand the urban heat island effect, the meteorological term, albedo, must be understood. Albedo is the term used to describe the amount of the sun's energy a surface is able to reflect off of it and back up into the atmosphere. Energy that doesn't reflect off a surface becomes absorbed by it, which results in a buildup of heat. The lower the albedo, the more the surface heats up, which thereby heats the air around it. Snow has the highest albedo of any surface, as over 80% of the sun's energy reflects back up to space when snow is present. Green grass and forest areas have a lower albedo, with 15-25% of the sun's energy getting reflected back to space. City buildings and roadways have the lowest albedo, with 2% or less of the sun's energy reflecting back up to space. This means that the majority of the sun's energy is absorbed, thereby heating up the buildings and roadways. The end result is an abundance of heat that concentrates over urban areas.  The urban heat island effect is certainly not confined to daytime hours either. At night, the effects can be enhanced. This is because the excess heat that builds up in buildings and roadways during the daytime hours will continue to radiate into the city throughout the night. When you add in the effects of exhaust heat from all the air conditioners that run throughout the night, the impact is magnified.

Another reason for the hotter temperatures in the city is related to a lack of vegetation. During the daytime, plants lose water in a process called evapotranspiration. When water in plants evaporates into the air, the plants surfaces are left cooler than the surrounding air. This is due to the fact that it takes energy for water to evaporate, which leaves a surface cooler when water evaporates off of it.

A few years ago, NOAA conducted a study in which numerous volunteers worked together to see how much temperatures varied on a late August day in Washington, D.C. What they found was that within the afternoon temperatures varied by up to 18 degrees Fahrenheit within the city. Not surprisingly, cooler spots in the mid-80s were observed in the urban park areas, while densely packed areas of buildings and roadways experienced air temperatures over 100 degrees! 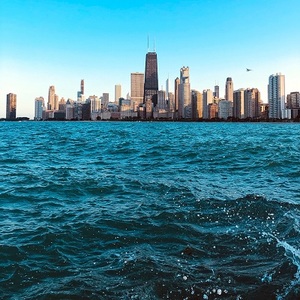 Heavily developed urban areas will typically be hotter than surrounding areas.
Next
Forecasting with Isotopes