Professor Paul Thursday-How Wx Impacts a Baseball's Flight | weatherology°
This website uses cookies to improve your user experience and for analytical purposes. By clicking the "Accept & Close" button, you agree to the storing of cookies on your device while using this site. Please see our privacy policy to learn more about how and why we use cookies.

April is an exciting time of the year for baseball fans as everyone's team is still in the hunt for a World Series berth. As you watch your favorite team, you may wonder how varied atmospheric conditions can impact how deep those fly balls can get. Wind is the obvious factor, but the effects of humidity, elevation, and temperature can be impactful in less apparent ways. With many baseball stadiums open to the outdoors, the varied atmospheric conditions can make it easier or harder for hitters to knock the ball out of the park.

Temperature and elevation both impact the flight of a baseball. This is due to the differing air densities that the ball encounters. Air is full of molecules, and the more tightly packed the molecules are, the greater the resistance is for a ball in flight. Therefore, the less dense the air is, the further the ball will be able to travel. Air density goes down with rising elevation. This explains why the ball travels farther at Coors Field in Denver (located at an elevation of 5,200 feet), compared to other stadiums closer to sea level. Air also becomes less dense as the temperature rises. Therefore, on hotter days, the ball will fly farther than on a cold day. Rising humidity levels result in lowering air densities, which should result in a longer ball flight. However, due to the outer fabric of baseballs, humid weather results in some moisture absorption on its covering. This results in a ‘softer’ ball, which gets less velocity off the bat, resulting in a shorter ball flight.  Therefore, in baseball, the ball will fly the farthest on a hot and dry day. Conversely, hitters will have the most difficult time reaching the fences on a cold and damp day. Other sports, such as golf, which has a hard shelled ball, would not see the impact of any softening of the outer cover. In golf, your drives will tend to go the farthest on a hot and humid day.

In 1995, when the Colorado Rockies began playing at Coors Field, it was expected to be a home-run-friendly stadium. This certainly held true as the record for home runs hit in a ballpark in a season was broken a few times in the stadium's first several years. The current record of 303 home runs was set back in 1999, and still stands today. When pushing the fences back further didn't lower the home run totals, they experimented with storing baseballs in a humidor before the games. Once this ritual began, the home run totals started to drop significantly. This proved that the dry air masses that are common to the Denver area were a larger factor than the thin air, when it came to how far the baseballs would fly. The moistened baseball lacked the pop off the bat that a dry one gives. This experiment has been so successful that the Arizona Diamondbacks have started storing their game balls in a humidor as well. The combination of hot and dry weather in Phoenix also made for a hitter's ballpark. Since the humidor started being used in 2018, the amount of home runs has decreased by 20%. Who would have thought a humidor could have such an impact on the outcome of a baseball game! 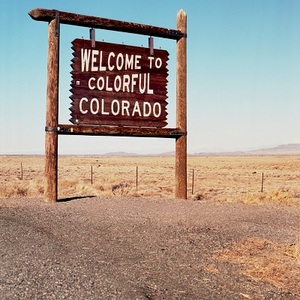 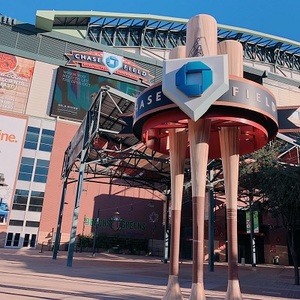