Wolves Versus Moose on Isle Royale | weatherology°
This website uses cookies to improve your user experience and for analytical purposes. By clicking the "Accept & Close" button, you agree to the storing of cookies on your device while using this site. Please see our privacy policy to learn more about how and why we use cookies.

Wolves Versus Moose on Isle Royale

Located in the northwestern part of the world's largest (by surface area) freshwater lake, Isle Royale in Lake Superior is an isolated wilderness 45 mi (72 km) long and 9 mi (14 km) wide. Separated from the shores of Canada's Ontario province and the state of Minnesota by a distance of 15 mi (24 km), Isle Royale has since 1958 served as a natural case study for the dynamic between predator wolves and their prey moose in a largely confined ecosystem.

Moose arrived on the island before the wolves, sometime in the early 1900s, according to a biologist with the National Park Service. Since moose have difficulty walking on ice, they likely swam from the mainland to the island. Wolves, on the other hand, didn't arrive until the 1940s during a winter when an ice bridge enabled them to make the trek to the moose-populated island.

Before the wolves' arrival, the moose population went through a boom and bust cycle based on the moose's proclivity to eat much of the edible vegetation in an area until no more was available and the population then declined. After the wolves’ arrival, their predation on the moose kept the moose from decimating the foliage and in turn tamed the boom and bust cycle in the moose numbers. In the early 80s, humans inadvertently introduced canine parvovirus to the island decimating the wolf population such they went from 50 to 14 individuals in just two years. The wolf population would remain relatively low for the remainder of the 1980s and early 1990s due to the problems with low genetic diversity among such a small population. Then, a series of hot summers in the first decade of this century would lead to an outbreak of moose ticks and decreased desire to feed among the overheated moose leading to a lower moose population and eventually a severe decline of the wolf population to just two individuals, before wolves were reintroduced to the island by the National Park Service during the years 2018 and 2019.

One of the main lessons learned from this long-term study is that wolves actually benefit moose populations as they tend to prey on old, sick, or weak individuals leading to greater genetic fitness in the moose population by helping to control genetic disease prevalence. 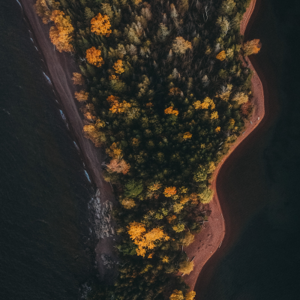 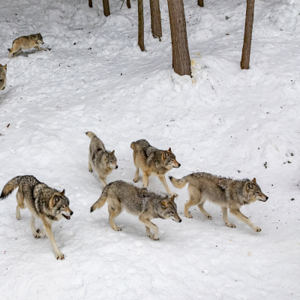