Bumblebee Weather Tech | weatherology°
This website uses cookies to improve your user experience and for analytical purposes. By clicking the "Accept & Close" button, you agree to the storing of cookies on your device while using this site. Please see our privacy policy to learn more about how and why we use cookies.

As detailed in a previous article, with the progression of technology has come the ability to make weather sensors increasingly more compact. A breakthrough in the scaling of weather-sensing tech makes even the sensors in a smartphone seem large and cumbersome. Researchers at the University of Washington have developed a sensor package so small that it can be carried on the back of a bumblebee. Weighing only 102 milligrams, the same as seven grains of uncooked rice, this sensor package can measure humidity, temperature, light intensity, as well as the position of the flying insect.

One of the major hurdles in shrinking this sensor package down to an appropriate size and weight for transport by bumblebee was the communications and localization technology, as traditional GPS radios require too much battery power to be shrunk down to insect scale. However, setting up multiple transmitting antennas across a defined area, such as a specific farm field, a tiny antenna and processor on the bee can triangulate the position of the insect from differences in the amplitude of the received radio signals.

After a day’s worth of flying from flower to flower collecting nectar, when the bumblebees return to the hive the data they also collected during the day is uploaded to wireless access points, usually located on top of the hive. Using the relatively new concept of backscatter communication, where an ambient signal is either reflected back to a receiver or not (the on/off bits for a digital signal), the bee’s sensor package can upload data at around 1 kbps, while also recharging the on-board battery using RF (radio-frequency) power within 6 hours.

The data collected by this tiny sensor package could provide farmers of the future with a report on whether conditions are optimal for a certain crop, right down to the specific portion of their farm field. In addition, by tracking the bees’ location, farmers can also monitor the pollination patterns the insects are carrying out, to ensure their crops stay genetically diverse. 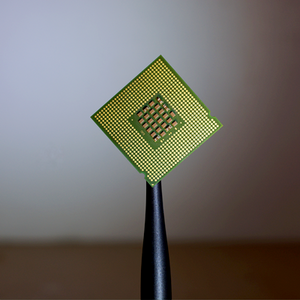 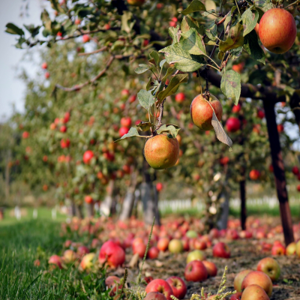